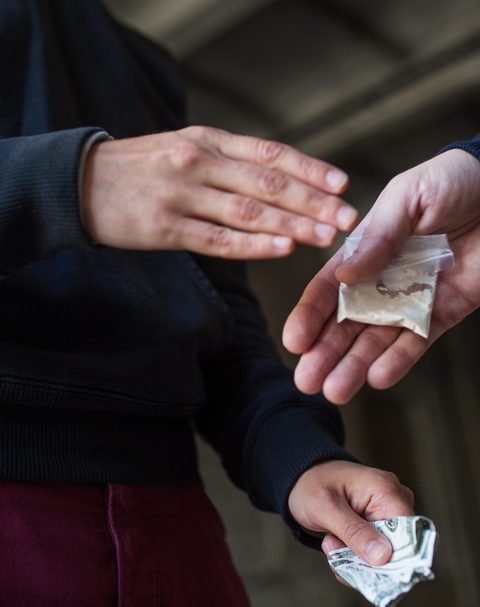 Drug crimes are a significant issue in the US, with many individuals facing charges for some level of involvement in either the use or sale of illegal substances. This is even more true with changing federal and state marijuana laws, as well as a rise in abuse of prescription opioids over the years.

If you have been charged with a drug crime in Rhode Island, it is likely one of the following:

If any illegal drug is found on your person, in your car or home, you could be charged with possession. As usual, possession is a bit more complicated than simply having the drugs. You must also be aware that the drugs are illegal and have control over them. While common illegal drugs are marijuana, crack, coke, and meth, painkillers or prescription opioids that you do not have an active personal prescription for also qualify.

Possession extends to drug paraphernalia, syringes, pipes, and bongs, or the materials needed to fabricate drugs, such as marijuana plants and chemicals for processing methamphetamines and cocaine. Possession of smaller amounts of drugs can be a misdemeanor, while more complex cases can be felonies.

If there are large amounts of drugs found on your person are packaged for resale, you could be facing more significant fines and punishments. This includes cocaine in baggies for individual use or larger packages, such as kilos, for distribution or trafficking. Trafficking charges can also be applied to middlemen who act as delivery people to move drugs from one person to another.

Sale of illegal drugs and drug trafficking are often felony offenses. Intent to sell can be determined by the presence of accessories, such as scales, baggies, chemicals used to make drugs, and a large stash of cash. Being in control of a significant amount of drugs is a felony, punishable by steeper fines and years in prison.

Driving Under the Influence

Many drug charges are into tied into being intoxicated while operating a vehicle. Officers who pull you over on suspicion of driving under the influence may ask you to perform field sobriety tests and may determine the presence of drugs in your possession, stored in your car. This also applies to marijuana. Even if you have a special scenario that permits you to carry a certain amount of the substance, you are never allowed to operate a car while under the influence of drugs or alcohol.

Let Archambault Law Firm help you beat charges of drug possession, sale, or DUI. Ask our criminal defense attorneys about entrapment defenses or drug programs to bargain down the charges made against you.

Ever been convicted or charged for a drug crime? Call Archambault Law Office to see what we can do for you.Contact Us Now